December 3 – The cave complex covers boundless Jeiranchol, Gatardagh range, 750-950 m above sea level, and steep cliffs on the south and south-east sides of the mountains. Keshikchidagh cave complex, the mountainous region of the Greater Caucasus is located at altitudes of 600-900 m above sea level. Looking at the fauna of this area, live in snakes, varans, lizards, turtles, scorpions of the reptiles. Today, our theme is not about historical monuments of Keshikchidagh cave complex, but about of varans – the permanent inhabitants of the area. Azerbaijan’s varan is largely widespread in the Lesser Caucasus mountains. It is widely spread in the mountainous areas of Azerbaijan, in the upper parts of Kura river and in the reserve area. The total length of the varan is 50 cm with the tail. Its head is openly in a sunken form. But its collar is salient in the form of prong. Scale on the body are smooth and salient. It has a scale along the throat part. Varan has an average of 48-62 scales along the body. The scales on the front sides are smaller than the waistline. There is dark circle in the flank part of the varans. White stripes go through inside of them. The abdomen becomes white, blue and sometimes green. Females of varans leave eggs from mid-June to early July. In mountainous areas, this event continues from mid-July to early August. Mainly, in the end of July or early September, varan-cubs go out of their egg. Varan-cubs have a length of 24-27 mm. The basis food of the reptiles is that of butterflies, worms, as well as spiders, and other insects. These reptiles are divided into three groups, two of them residing in the Caucasus. 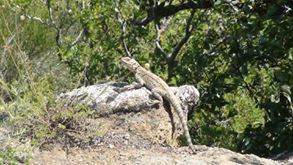 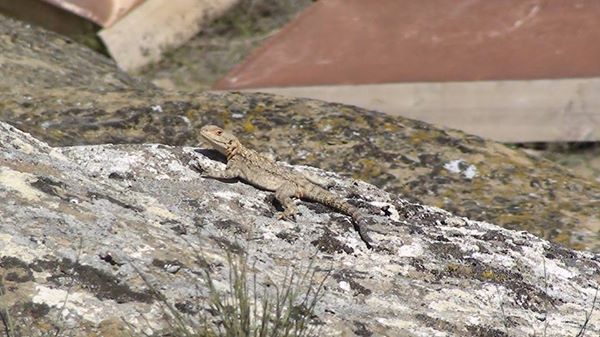 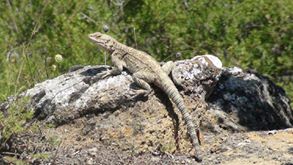 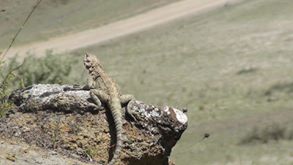